Bella finished framing the pictures that they had taken at Disney world. They’ve been in Florida for about a month and they’ve decided it was time to keep going, but Bella didn’t want to go to Virginia, she couldn’t explain what it was, but she felt she needed to go to New York, she just needed to be alone for a while. Riley and Victoria could enjoy some alone time in Mystic falls, and she could go to New York and check out things there. She decided to talk to Riley and Victoria about it.

“Hey guys, can we talk please?” Bella asked trying her hardest not to sound nervous.

“Of course we can, what’s up Bella?” Victoria asked.

“I love you both, and I really do want to live in New York together, but I have this feeling deep down inside that I should be by myself for a while, so I wanted to ask if I can skip our trip to Mystic Falls. I’ll head straight to New York and the two of you can spend some time together in Mystic Falls,” Bella said.

Riley sighed, “Are you sure this is what you want?”

Bella nodded, “You have no idea how much I do, it’s just I’ve never been on my own, and I’m not saying that it has to be for a long period of time, I don’t want that, but just a few months that’s all I’m asking for.”

Victoria smiled, “I think I speak for both of us when I say that we’re okay with this. We’re leaving for Mystic Falls in a week, and you can go to New York, and live in the house there.”

“You can even decide what to do with the business we own,” Riley said smiling, “Whatever you want to do with it, we’ll support you. If you need to be on your own, we won’t stop you.”

Bella smiled, “I’m asking for 5 months of being alone, in five months it’ll be Christmas and you two can meet me in New York City.”

“Sounds perfect Bells,” Riley said standing up and giving his sister a hug. Victoria smiled and joined their hug.

“I suspect the other two houses are just as good in condition as this one so you shouldn’t have to do much work,” Victoria said to Bella.

Bella nodded, “I figured as much, but I promise that I’ll call every week, and email every day on updates, I just need some independence. You’ve both been so good with me and I appreciate it, but when I killed Mike, I lost who I was, and I’ve been getting pieces back, and now with this whole magic thing, I’m changing, and I guess I just want to know who I am again.”

Riley smiled, “We understand, you’ve been through a lot, and if you need space for a while, I’ll give you that.”

“Wait, what about your birthday, it’s next month,” Victoria said.

Bella laughed, “I really don’t want to celebrate it, I was hoping you wouldn’t catch on to that part of this conversation.”

Riley and Victoria laughed, “We’ll just send you a gift then.”

Bella stood at the airport entrance, she was leaving a day before Riley and Victoria. She had sent her car to New York the day before, and it was sure to meet her there when she got there. Bella walked in with Riley and Victoria beside her. They went as far as they could with her until it was time to say goodbye.

“Be safe Bells, call me if you need anything,” Riley said.

Bella smiled, “I’m the unstoppable witch remember, I’ve got this under control, don’t worry about me and enjoy some alone time with Vicky.” Bella gave Riley a hug and a peck on the cheek.

“Remember, no boys, and try not to be a danger magnet please,” Victoria said.

Bella smiled and hugged Victoria, “I’m going to miss you Vic, who else am I supposed to talk about guys too? I make no promises on the whole danger magnet thing.”

Victoria and Riley laughed, “Just be safe Bella, and call us if you ever need anything.”

Bella nodded and hugged them both one last time before she left to get on her flight, she was on her way to New York.

Bella boarded the airplane her trusty books by her side. She didn’t want to read, all she wanted to do was listen to music and forget that she was leaving her family, the only two people that cared about her anymore. Deep inside she knew that she needed to be alone, to in some way re-invent herself.

Bella drove to the address of her new home. She pulled into a secluded street, she followed a gravel path and ended at a large house, the closest house was just a mile away, and by the look of it was the same size of her own home. Bella smiled, “No wonder Charlie never lived here, this house it too big.”

Bella walked inside and closed her eyes when she stepped inside. She focused and she found the room that belonged to her. She followed her instinct and found out it was on the second floor. She walked up the stairs and found the room she was startled at how similar this room was to her room in Florida. She looked around and noticed there wasn’t a book shelf, but there was a wardrobe. She sit her suitcases down and walked towards it. She opened it slowly and inside it was empty, but Bella knew there was more to it. She touched the back of the wardrobe and felt that it was hollow. She pushed on it and it slid wide open. Bella stepped inside and there was a small room, in the middle there was a twirling staircase. Bella smiled, and walked up, the stair case led to what looked like the attic. It was bigger than her magic room in Florida, and it was better hidden. Bella conjured her backpack and set her books down on their stands and set up the room dusting everything off. Bella noticed that the stairs were the only entrance to the room.

Bella spent the next two days dusting everything off and making this place seem like a home again. It had the same rooms and bathrooms as the house in Florida, it was almost identical except this house had a bit larger library to it.

“It’s great, the house is almost identical to the one in Florida, how’s Mystic Falls?” Bella asked.

“It’s a creepy town, but it reminds me of Forks, I think you’d like it here a lot actually, there was a room that looked exactly like the one you had in Florida, I’m guessing that’s your room?” Riley asked.

Bella laughed, “You guessed right, but I’m guessing it doesn’t have a bookshelf this time?”

“How’d you know? I don’t think this one has a secret room for you,” Riley said.

Bella laughed, “It’s different for each room I think. I’m going to go check out the store later on today, I’ll tell you how it goes.”

“Alright, have you ran into any trouble?” Riley asked.

“Not yet, but I suspect my magnet is going to kick in anytime soon,” Bella said with a laugh.

Riley laughed, “Vicky’s out getting some fabric, apparently this town had a lot of Balls, and I guess the Swan family is a founding family that moved out of here a while back, but kept the house for the future, we were getting a lot of looks when we came. I had to explain to people that I was a Swan and I had just inherited the house and that Vicky and I were here for a few months.”

“Sounds like you’re going to have to buy a few pairs of tuxes,” Bella said.

Riley groaned, “I’m already dreading it, but Vicky likes it here, so I can’t complain to seeing her happy.”

Bella smiled, her brother was head over heels in love, “I’m glad you found each other.” Bella and Riley talked for another hour until Bella said she had to go, she planned to head out to take a look at the store later today. 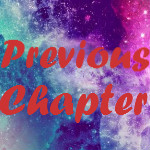 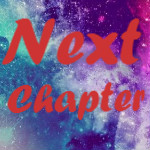