Worst In Me Part Two

Bella entered the loft, “So, eyebrows, my brother seems to think that I need to get to know you, something about seeing what he does in this pack. Personally, I think I have better things to do with my time, but for the sake of keeping him happy I’ll at least attempt to get to know you.”

“If your Stiles’ twin, why aren’t you at school?” Derek questioned following the girl cautiously.

“Graduated at 13.” Bella responded with a hum. “I just graduated in Pre-med. Stiles has been so infused in playing normal human that he’s denying his abilities. By nature, we’re highly intelligent creatures, Stiles likes to pretend to be only averagely intelligent.”

Bella looked to Derek with a smirk. “There’s a reason why Stiles doesn’t need to study for tests or why he keeps up a 4.0 without any real trouble. Are you telling me you never wondered why Stiles always got good grades despite being chased down by different creatures every week?”

Bella walked over to Derek’s bookcase, “Mind if I just read? Don’t mean to offend you, but I’m not much for talking.”

“You seem more human up close.” Derek responded gesturing for her to make her choice. He sat down on his armchair and returned to the book in his hand. He watched as Bella sat down on the couch tucking her legs under her as she started to read Dracula.

It was almost noon when he heard Bella shift, she stood up and stretched. “Have you ever met real vampires?” Bella questioned curiously.

“I’ve heard of them, but I’ve never met one.” Derek responded watching as Bella went to the door. He heard her open the door just before a delivery guy appeared. He was curious to know when Bella had called for food.

Bella re-entered the living room sitting down two boxes of pizza, “I’ve dated one before. They’re very moody, I don’t recommend meeting them.” She took a slice of pizza before sitting back down and with one hand held the book she was reading while she ate with the other.

“Did you kill him?” Derek questioned curiously.

Bella looked to him and laughed, “Unfortunately, no. I should have, but at the time I was 15 and I didn’t think it was appropriate.” She took a bite of the pizza and gave a wide smirk. “That doesn’t mean I didn’t go looking for him and convince him I was a demon come to haunt him.”

Bella and Derek returned to their books in silence, each eating the pizza and finding comfort in not having to partake in small talk with the other. Bella didn’t look up when the door to the loft opened or when footsteps approached the living room.

“She’s Stiles’ sibling and she’s here to get to know us and vice versa. Try and be polite.” Derek responded with a frown.

Bella looked up to Peter with a grin. “My brother said you came back from the dead, impressive, though I would’ve suggested a less messy route, inhabiting the mind of a teenage girl is a little dramatic.”

Peter raised a curious brow. “And what would you have done?”’

Bella smirked at him. “Nothing, the only person who can kill me, is me. But seeing as you’re not in the same position as me, I’d say I would’ve casted a simple repeat spell that would allow me to reverse time long enough to avoid being killed. You don’t need to have magic to do certain spells, some simple herbs, bathing in goat’s blood and a bit of virginal sacrifice and you would’ve been golden, you’re a born werewolf so you already had enough magic to complete this particular spell.”

“And how would you know about such a spell, darling?” Peter responded curiously.

“I read. I’ve come across quite a few beastries and this wonderfully naïve coven of witches allowed me access to theirs.” Bella smirked, “Seattle is the perfect place to come across all sorts of creatures.”

“And how many of them have you killed?” Peter responded with a curious smile. “I doubt many of them lived after meeting you.”

“I’ve just met you, Peter.” Bella responded with a smile. “I’m not going to reveal all my secrets to you. Besides, I have reason to believe this pack doesn’t like it when people kill openly.”

“I would appreciate it if you two could flirt in your own twisted way somewhere else.” Derek interrupted with a frown. “I’d like to be able to be oblivious to all of this.”

Bella rested her head against Peter’s leg as she lay down on the couch, she was hearing Peter read to her from a book they had randomly bought off Amazon. She turned her head as both Stiles and Derek entered the loft, Bella sat up noticing the two were being more serious than usual.

“Knocking is a common courtesy.” Bella said with a frown.

“We know what you and Peter have been doing.” Stiles responded cutting to the point.

Bella looked over at Peter who simply smirked crossing his arms over his chest. “You two are going to have to be more specific. Peter and I have been doing a lot of things, it’s hard to tell what you’re upset about.”

Derek sighed pinching the bridge of his nose. “We’re going to have to speak about boundaries at a later point. The wolves have been complaining about the scent of sex all over the loft, and I’m tired of explaining that Bella and I aren’t sleeping together. We’re here to talk about something else you two are involved in.”

Bella laughed with a smirk, “So what else are you going to scold us for?”

“You’ve been killing all the threats that come into town.” Stiles said crossing his arms over his chest. “That rogue group of wolves, you killed them after Scott and Derek let them go, and the coven of witches.”

Bella looked to Peter and both smirked before turning back to the duo in front of them. “In this situation, we would like to plea the fifth.”

“Unless you have solid proof of these accusations, nephew, you’ve interrupted our afternoon.” Peter responded grabbing the book he was reading before they entered. Bella smiled returning to her position with her head on Peter’s lap.

“There’s a rumor floating around that this pack kills any threat they come across.” Stiles responded with a sigh.

“I don’t see the problem, Sty.” Bella said with a smile. “In the last two months, there haven’t been any problems in this town. If, hypothetically, we did do anything to these threats, we were doing what Scott is to naïve to do. The world isn’t sunshine and rainbows, and sometimes threats need to be taken out permanently.”

Peter smirked, “This is all hypothetical.”

Stiles sighed, “Don’t let Scott know, hypothetically.” He paused as he turned to exit. “About any of what you guys are doing together.”

“And stop purposefully having sex all over the loft. The others are going crazy.” Derek responded with as he and Stiles exited the apartment.

Bella smiled up at Peter. “I’m taking that as a challenge.”

Peter smirked, “Come on, darling, let’s go see how much longer we can keep this up before Derek’s head explodes.” 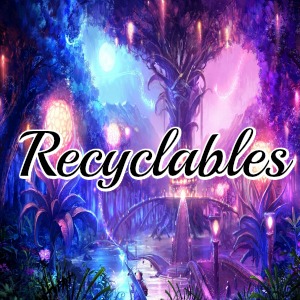